Muncle Trogg and the Flying Donkey 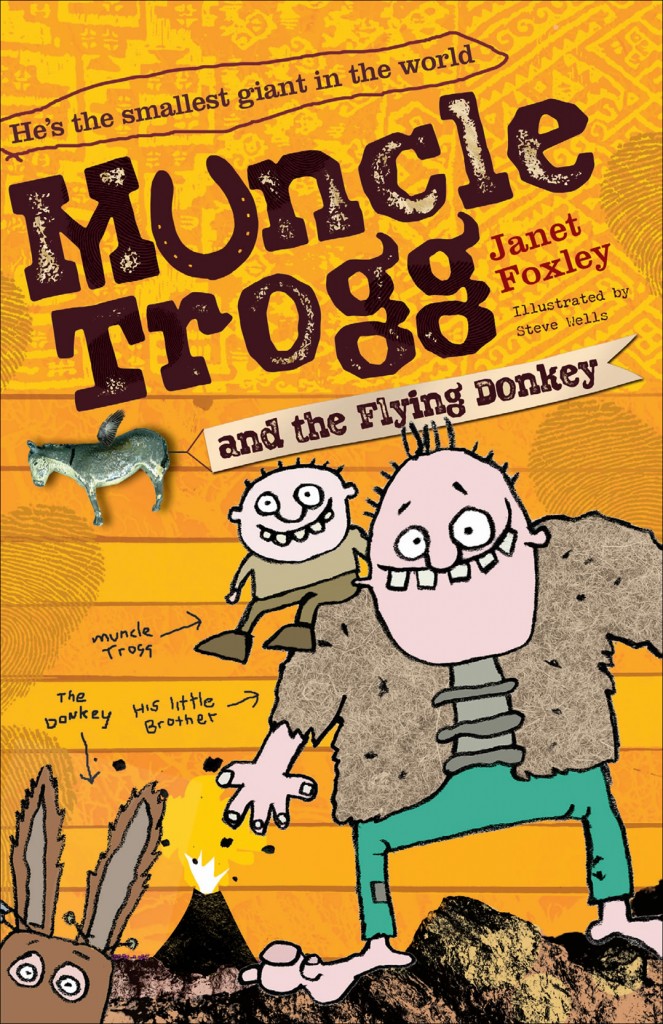 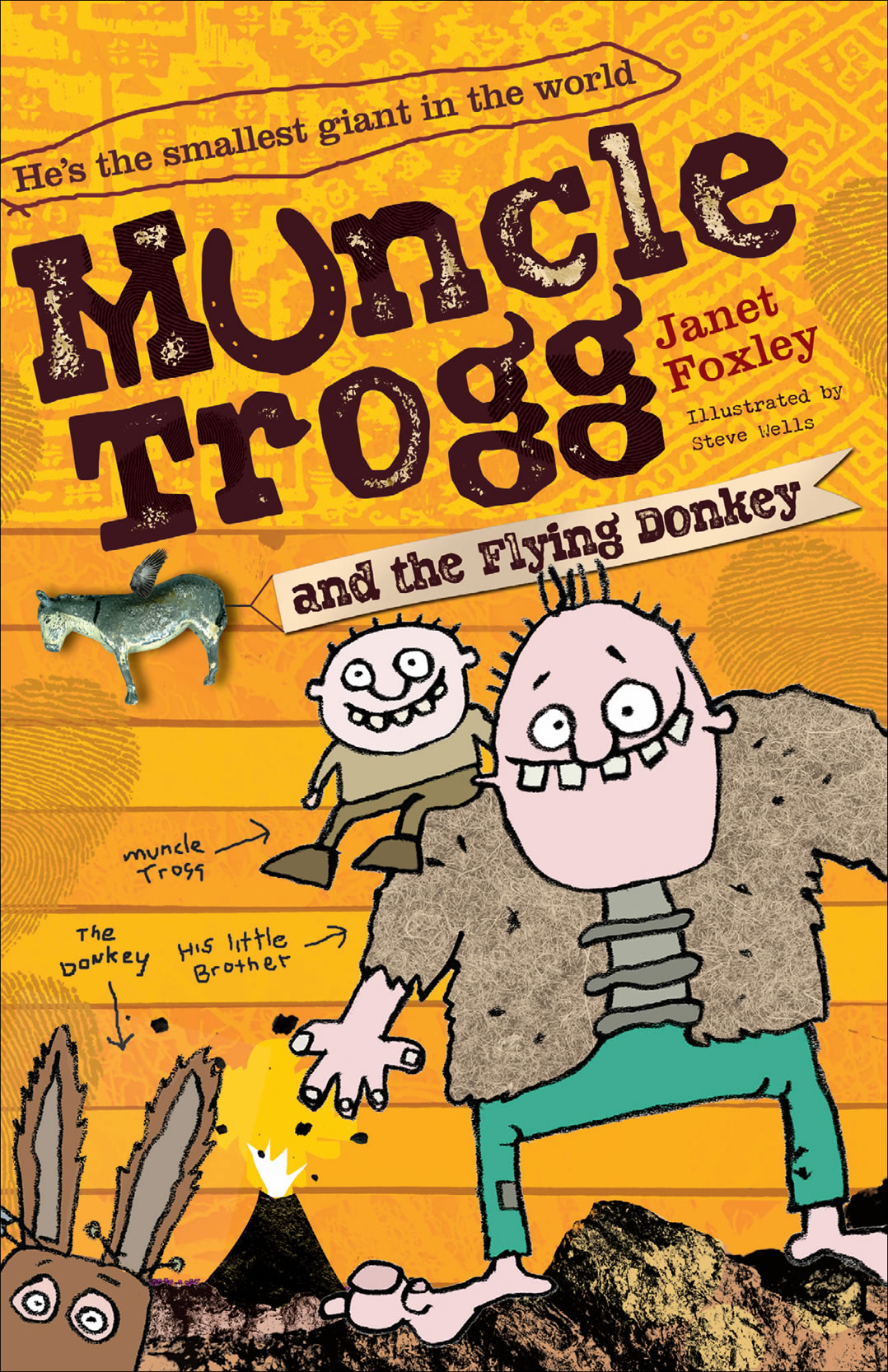 ‘Don’t drop me, Gritt!’ shrieked Muncle, bouncing on his younger brother’s huge shoulders.
‘Sorry,’ puffed Gritt, ‘but Pa’s at the Smalling farm already. I don’t want to miss seeing him catch an ox.
It’ll be so exciting!’
Muncle clung to Gritt’s hair as he charged down the mountain, scattering sheep.
It was their first hunting trip. Until the Great Smalling Battle – the first one for centuries – only hunters like Pa were allowed out of Mount Grumble, and they had to creep out at night. But now that they’d made the Smallings run away, King Thortless the Thirteenth had said everyone could go out whenever they liked, even in broad daylight.
Pa was waiting for them at the bottom of Mount Grumble, next to the Smalling fields. On the other side of a thin metal fence were some sleepy-looking black and-white animals. They watched the three giants curiously. The fields were covered with dark-brown puddles.

Muncle Trogg, the tiny and determined giant, is worried when the giants’ mountain shows signs of erupting.

But all his fellow giants can think about is celebrating the departure of the fleeing humans down the mountain.

Luckily for Muncle, his human friend Emily hasn't abandoned him – and she has an idea. The giants might not listen to a little giant, but they will sit up if a donkey – the wisest, most wondrous animal they know – makes an eeaw-mously important appearance.

Affectionate and charming sequel to the 2010 winner of the Times/Chicken House Children's Fiction Competition.

“Muncle is a character with real charm who has won lots of fans.”

'When I first plotted Muncle Trogg I wasn’t planning on a sequel. But once I’d decided that the giants’ home, Mount Grumble, was an active volcano, it became clear that there was another story to tell. This time I gave a more prominent role to Princess Puglug who, after Muncle, is my favourite character.'
Visit Janet Foxley's page

If you liked Muncle Trogg and the Flying Donkey, why not try ... 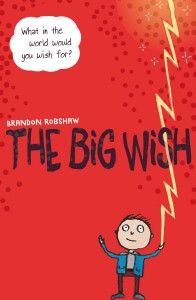